If a friend or a loved one has been arrested and needs a bail bond to get out of the Boerne jail, McRae Bail Bonds can help post bail at the Kendall County Courthouse 24 hours a day, 7 days a week. John McRae has provided bail bonds in Boerne and surrounding towns in Kendall County for over 30 years and is committed to providing fast, professional, and discreet bail bond services. 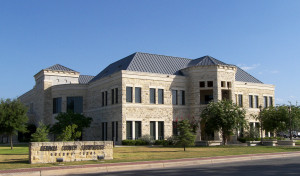 Once a bail amount has been set, McRae Bail Bonds will go to the Boerne jail and bail out your loved one as soon as possible. Our bail bond agent, John McRae, will take the time to explain what a bail bond is and all of the rules and regulations which apply to getting a bail bond.

Bail Bond Payment: We will work with your individual financial situation and accept personal checks, money orders and most major credit and debit cards for the bail bond fee. Our fee is typically 8% – 10% of the full bail bond amount set by the Kendall County Court.

We pride ourselves on offering professional and discreet bail bond services and are available to answer any questions you have 24 hrs. a day, 7 days a week.